Year in review Part 1 (detailed posts for events to follow)

A few days away from raging on some of mom’s sweet potato casserole seems like as good of time as any to reflect on the 2012 season. Personal bests, World Championship appearance, Boston Qualifying! It’s seems like just yesterday that I was under the beautiful Petaluma sun, lying on the side of the road being strapped on a paramedic’s board. Ah yes, how the season started…

Other songs were bigger for training or for specific races, but this jam was on playlists throughout most of 2012. Enjoy!

January thru March: On Fia’!

I started 2012 with more energy than a kid eating a Skittle covered cake. Finishing 2011 with a podium at Big Kahuna, 4th at the Turkey Trot and 3rd at the North Face EC Championship Half Marathon made it easy to get amped for the new season. It would be the first full year in the studio at M2 Revolution and I knew that meant my biggest gains yet.

The group had formed quite nicely in the fall and throughout January and February we “built character” with some epic rainy season riding. 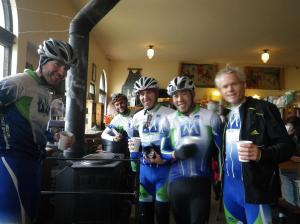 Warming up in Pescadero. Coffee and folk music!

I was getting stronger by the day and had my eyes set on making noise at Wildflower on May 5th.

A slightly significant challenge loomed in March, however: March 9-April 6, I would be in India and South Africa for work. I had a plan – hotels with pools, running shoes, epic Cape Town ride – and the assurance from my coach, Michael McCormack (M2) that a solid block in Jan/Feb followed by some “sharpening” workouts while traveling, and I wouldn’t lose fitness.

I absolutely hammered myself with a Stinson Beach ride and hill repeat brick and then got on a 20 hour flight to New Delhi by way of Dubai. Totally recommend doing this for long flights, by the way…

For all intents and purposes, I did as well as anyone could possibly do training given 90 hours in the air and 6 cities in India and South Africa over a month. Though the pools weren’t always, shall we say, “swimmable,” and the bikes not, we’ll go with, “sophisticated,” I was able to hammer out some great workouts.

While treadmills became my best friends when I needed quality, I was privileged to able to ride and run in some seriously iconic places. 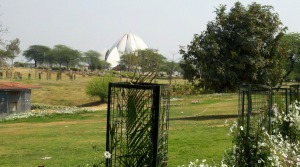 Delhi: 10 miles in the balmy park surrounding the Lotus Temple 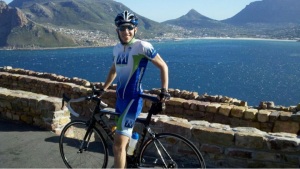 But, the truth of the matter is, I was in the air for 90 hours. In 6 cities across the world, working extremely hard, eating extremely mediocrely and becoming more fatigued by the day. By the time I got home, I was a shell of the guy who left in March, physically, mentally and emotionally. Instead of rushing to return to normalcy, I should have respected the weight of what I’d just done more. I did not, and paid for it dearly…

Thirty-six hours removed from a thirty-two hour trip home, I was pining to get back on the road with my squad. As we began on the roads to Petaluma, Stefan and Virgilio put the hammer down almost immediately. Knowing I didn’t have it, I watched them go, sitting back with the rest of the group.

The group began to break up on the climbs and Andy Castaldi and I found ourselves in a duo for what would seem to be the rest of the ride. It wasn’t even mile 30 when I started to notice something just did not feel right. Taking a moment to regroup mentally, we hit a turn and started to alternate pulls on a flat.

A bump/pothole took us both by surprise and 28 days of mega-travel and serious jetlag meant I wasn’t regaining control of my bike that day. End-over I went at 25mph, hitting my face on the ground before skidding the rest of the way. Writhing in pain and in borderline shock, I was met by the rest of the group as they rode up. Tommy Nosek used his nursing chops to do an assessment, Pavel kept my mojo up and M2 shedded his termal jersey to cover me while we waited for the paramedics.

Ultimately, I was incredibly lucky as the worst that happened were broken front teeth and the deepest contusion I think possible on my left leg. No broken neck, ribs, limbs, internal ruptures – nothing. After being released from the hospital, Stefan and Pavel were as good of friends a guy could ask for, making sure my bike got to the Petaluma Fire Station and coming to get me from the hospital an hour from the ride finish. I was truly blessed to have the support of such an awesome group that day.

Fun wrinkle to this story, my mom was flying out to SF to spend Easter with me. Not the most fun call to make from the hospital bed while she’s connecting in Denver, but man was I glad to have her here for that week afterwards.

A busted up left leg, absolute fatigue  and fighting some personal battles led me to drop out of my warm up race at the Metro and ultimately Wildflower. I can’t tell you how bummed I was.

I took a hiatus back home to Dublin, OH on the weekend of Wildflower to be with my family as I tried to regroup mentally. Family time + hammering out 80 miles in less than four hours worked wonders as I was rejuvenated to take on 2012. I had some serious goals, after all. Not the least of which was qualifying for the Ironman 70.3 World Championship. 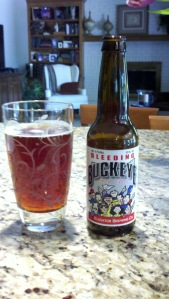